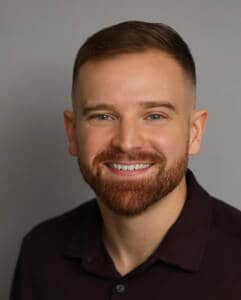 His academic and clinical interests have always centered around the intersection of mind, brain, philosophy and health. Prior to becoming a PA, Conor was involved with a student suicide prevention organization, volunteered as a mentor for children and teens with mental health disorders, and as an in-home therapy assistant for families struggling to function.

Conor has extensive experience working with ketamine in various routes of administration, especially IV infusions and sublingual lozenges. He is a member of the American Society of Ketamine Physicians, Psychotherapists and Practitioners (ASKP3) as well as the Association of PAs in Psychiatry (APAP). He is empathetic by nature and an excellent listener. He collaborates extensively with patients and their care teams to promote healing and relief from depression, anxiety, PTSD and other conditions.

In his downtime Conor enjoys playing volleyball, attending concerts, and traveling. He has a >1,000 day streak of learning Spanish on Duolingo and hopes to be a fluent speaker someday.